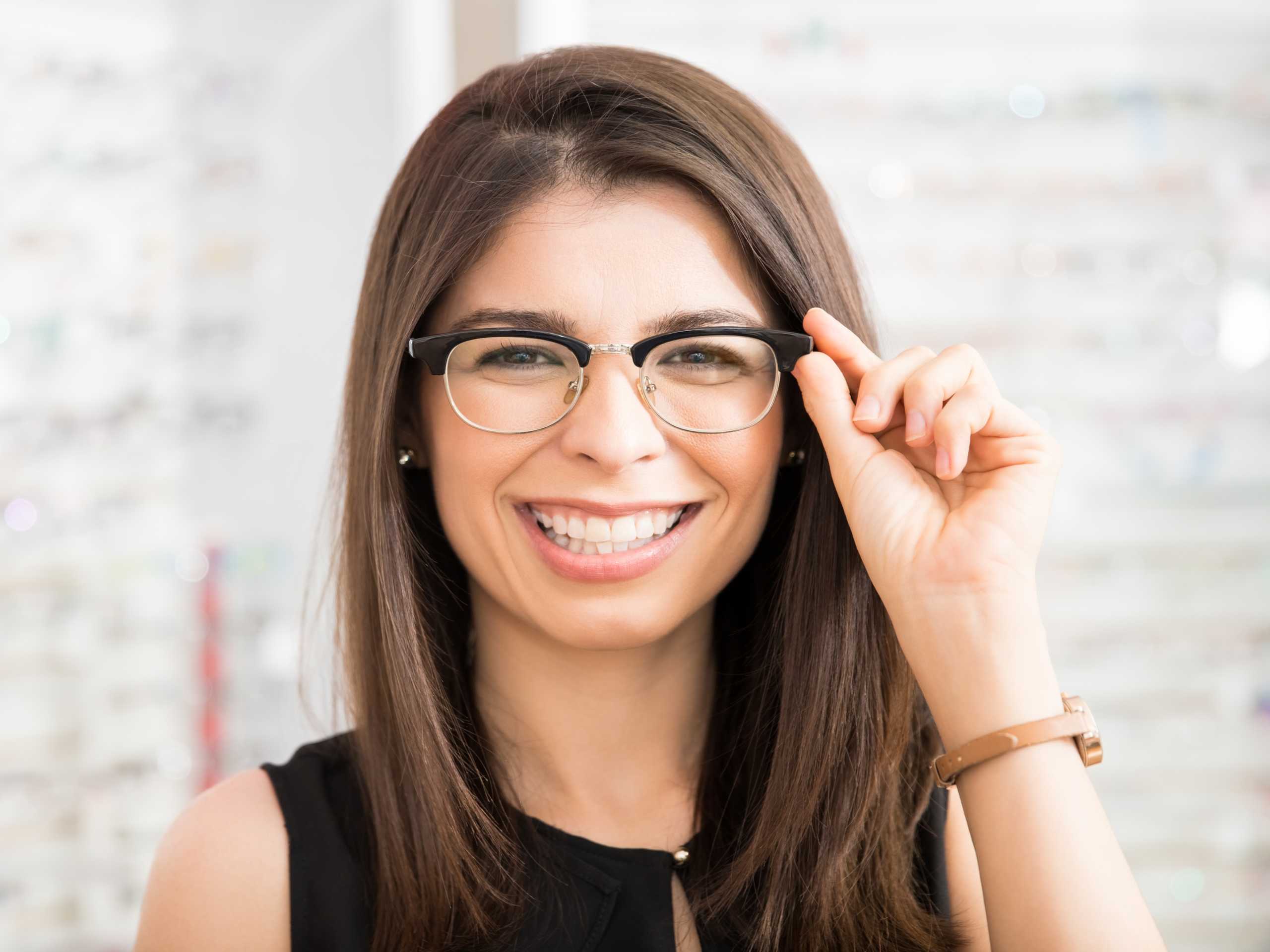 GIVE YOURSELF THE GIFT OF CLEAR VISION

New contact lens materials and designs allow most patients who desire contact lenses to wear them. The doctors at Ogletree Eye Care specialize in fitting contact lenses and utilize the most current technology to provide contact lens wearers optimal comfort, vision, and health.

Having an Optomap retinal exam is fast, painless, and comfortable. Nothing touches your eye at any time. It is suitable for the whole family. Optomap is a unique technology that captures more than 80% of your retina (located in the back of your eye) in one panoramic image.

Your retina is the only place in the body where blood vessels can be seen directly. This means that in addition to eye conditions such as Age Related Macular Degeneration, Retinal Detachment, and Melanoma, signs of other diseases (for example, stroke, heart disease, hypertension, and diabetes) can also be seen in the retina. Early signs of these conditions can show on your retina long before you notice any changes to your vision or feel pain. While eye exams generally include a look at the front of the eye to evaluate health and prescription changes, a thorough screening of the retina is critical to verify that your eye is healthy. Early detection means successful treatments can be administered and reduces the risk to your sight and health.

​Eye allergies are no different than allergies that affect your sinuses, nose, or lungs. When an allergen comes in contact with your eyes, your body releases histamine – a chemical produced in reaction to a substance that the immune system can’t tolerate. Special cells called mast cells make histamine. These cells are present throughout the body but are highly concentrated in the eyes. Ocular allergens tend to be airborne (as are most other allergens). The most frequent allergic triggers include pollen, pet hair or dander, and dust.

Amblyopia, also known as lazy eye, is a condition characterized by diminished vision in one or both eyes. Amblyopia is the most common cause of visual impairment in children and young to middle-aged adults. Amblyopia can be caused from unequal refractive error between the two eyes, high but equal refractive error in both eyes, an eye turn (strabismus), or a cataract. It’s estimated that about 5% of children in the United States have amblyopia because many of the conditions that cause amblyopia have no obvious signs to parents. Eye examinations before a child turns five years old is crucial in order to detect any of the conditions that cause amblyopia.

Astigmatism occurs when the cornea, or surface of your eye, is irregularly shaped. A perfectly shaped cornea is spherical, like a baseball, allowing all light rays that enter your eye to focus on the retina. As a result, the image you see is sharp and crisp. With astigmatism, the shape of the cornea is irregular — more like a football than a baseball — causing the light rays to focus on two points rather than one. The result is distorted or blurred vision. Like nearsightedness and farsightedness, astigmatism affects the way you see except astigmatism affects your vision at all distances, not just close up or far away.

A cataract is a clouding of the eye’s natural lens, which lies behind the iris and the pupil, that typically occurs with aging. The lens works much like a camera lens, focusing light onto the retina at the back of the eye. The lens also adjusts the eye’s focus, letting us see things clearly both up close and far away. In the United States, about 50% of those between the ages 65 and 74, and 70% of those over age 75, have a cataract.

There are three types of conjunctivitis: allergic, bacterial and viral. Conjunctivitis is commonly referred to as “pink eye” since the eye is usually red and swollen. One of the most common symptoms is discomfort or pain, which may feel like having sand in the eye.

Dry eye syndrome is one of the most common problems treated by eye physicians. Over ten million Americans suffer from dry eyes. It is usually caused by a problem with the quality of the tear film that lubricates the eyes.

Also known as hyperopia, farsightedness is caused by a cornea that is flatter than a normal eye. When light enters the eye, it focuses behind the retina instead of directly on it. As a result, farsighted people usually have trouble seeing up close, but may also have difficulty seeing far away as well.

​Spots called floaters are small, semi-transparent, or cloudy specks or particles within the vitreous, the clear, jelly-like fluid that fills the inside of your eyes. They appear as specks of various shapes

Your brand, delivered fast...guaranteed!
Reordering your contacts has never been easier. Choose from hundreds of products and get them shipped directly to your door.

Each practice in the EyeCare Specialties network is focused on the eyes of North Texas. Our family of practices have been caring for North Texas' communities for decades. Learn More.