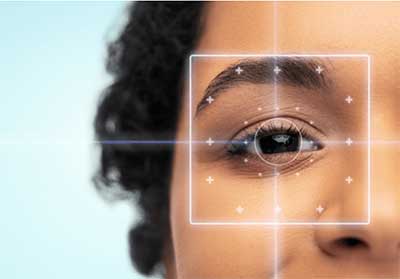 is a procedure that uses cool laser energy to reshape the cornea. Candidates should be in good general health & present with a normal ocular health evaluation. The surgery, takes about five to ten minutes, with the laser application taking less than two minutes

These imperfections in the focusing power of the eye are called refractive errors. There are three primary types of refractive errors: They are myopia, hyperopia and astigmatism. Persons with myopia, or nearsightedness, have more difficulty seeing distant objects as clearly as near objects. Persons with hyperopia, or farsightedness, have more difficulty seeing near objects as clearly as distant objects. Astigmatism is a distortion of the image on the retina caused by irregularities in the cornea or lens of the eye. Combinations of myopia and astigmatism or hyperopia and astigmatism are common.

In LASIK surgery, a precise and controlled removal of corneal tissue by a special laser, reshapes the cornea changing its focusing power. LASIK is a procedure that permanently changes the shape of the cornea, the clear covering of the front of the eye, by using an excimer laser. The lasik flap is created using a highly sophisticated and accurate instrument known as a “microkeratome”, to create a flap in the cornea. A hinge is left at one end of this flap. The flap is folded back revealing the stroma, the middle section of the cornea. Pulses from a computer-controlled laser vaporize a portion of the stroma and the flap is replaced.

Each practice in the EyeCare Specialties network is focused on the eyes of North Texas. Our family of practices have been caring for Texas communities for decades. Learn More.