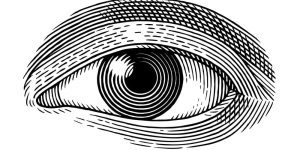 “Lazy eye” affects about four million people in the United States. It occurs when, for one of several reasons, one eye is used less than the other. If one eye is crossed or turns out, the individual sees double, so he or she learns to “shut off” or ignore that eye. If the two eyes are very different, one nearsighted and the other farsighted, the same thing can occur. After a while, vision in the unused eye is reduced.

For many years it was thought that amblyopia, or “lazy eye” – when one eye sees poorly and cannot be helped with corrective lenses – was a permanent condition unless it was detected and treated before the age of six. Many optometrists no longer accept this, believing that even adults can improve their sight – if not completely correct their lazy eye – through special therapy.

The American Optometric Association agrees that current research proves the old theory wrong. The success rate does drop off as one gets older, but the cut-off at age six is arbitrary. Age should not be a barrier, though the longer the condition has existed the more difficult it becomes to treat.

Treatment varies depending on the extent of the condition, the patients’ age and the optometrist. Small children often have their stronger eye patched for several hours a day. This stimulates the use of the weak eye while they perform exercises such as coloring, cutting things out and tracing.

Vision therapy – usually several hours a week, in the doctor’s office and at home – will often correct the underlying reason for the lazy eye. Very small children can improve in a month or two; older children may take several months to a year to respond.

With adults, treatment is basically the same, but it takes longer. Adults may not wear a patch at all if vision is very poor, or only for an hour or two at home while doing fine tasks such as coloring in the 0’s of a newspaper. Patients do exercises designed to improve focusing, tracking and spatial judgment.

Many times after treatment, 50 percent of the older children and adults see as well or almost as well with their lazy eye as with their normal eye, and four out of five of the rest at least show improvement. Results are permanent when both the amblyopia and the underlying problem are corrected. When the latter can’t be treated, patients should continue the exercises on a less-frequent basis and visit their optometrist periodically so that the eye does not weaken again.

Each practice in the EyeCare Specialties network is focused on the eyes of North Texas. Our family of practices have been caring for Texas communities for decades. Learn More.